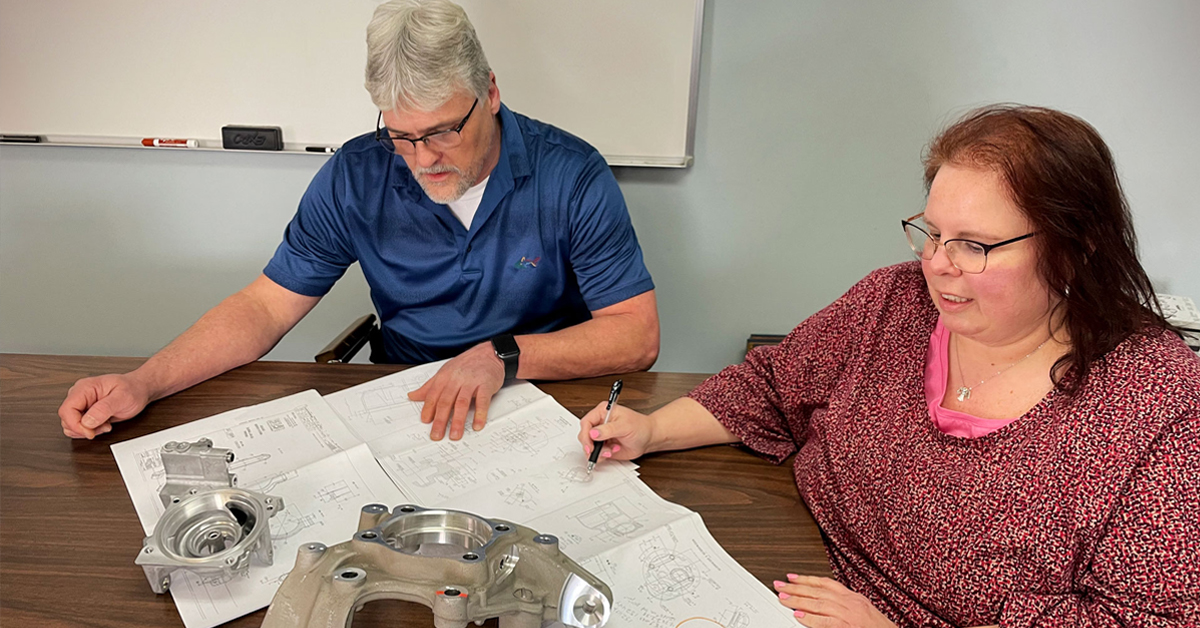 Research shows that diverse talent – including gender diversity – in a business organization can drive innovation, according to The Kaleidoscope Group, LLC, a Chicago-based diversity and inclusion consultancy.

But greater diversity gains, especially in manufacturing, cannot be achieved until more women enter the engineering pipeline. According to a study by the Society of Women Engineers (SWE), only 20% of bachelor’s degrees in engineering are awarded to women. While women have increased their numbers in many professions dominated by men, including law, business, medicine, and other STEM fields in the U.S; the number of women in engineering in the U.S. has not increased since the early 2000s.1

ARCH® Cutting Tools is a company that is fully invested in supporting a gender-diverse culture, including its engineering team, for its innovation and growth.

“Originally, I did not plan on engineering as a career,” Morrison said. “In high school, I wanted to be a nurse. I took all the high school prep courses necessary to get into nursing school, including physics. While I got good grades in physics, I didn’t fully understand it. Since it was a requirement in college, I decided to take physics to sort of ‘get it over with.’ But the professor was so engaging and dynamic that I ended up loving it!”

That experience changed her focus to engineering because she liked the puzzle-solving aspect of that profession, she remembers. Morrison earned an Associate Degree in Mechanical Engineering with Certificates in Manufacturing and Industrial Engineering from Lakeland Community College in Kirtland, Ohio.

Career – Diverse Experience
Morrison has been in her current role with ARCH Cutting Tools for nearly 27 years, beginning with its predecessor company, Competitive Carbide of Mentor, Ohio.

”I started with Competitive Carbide as an engineer in July 1994, when it had only been in business for two or three years, and had fewer than 10 employees,” Morrison recalls. “So, when necessary, I helped in other departments.

Dealing with customers as a female engineer 25 years ago was totally different than today, according to Morrison.

“Back then, I would have a discussion with a customer, hang-up the phone and almost immediately the customer would call back to talk to a male engineer, or the owner, to have the same discussion,” she says. “Fortunately, my boss and my fellow (male) engineers were very supportive. Knowing that I just talked to the customer, they would ask ‘What did Dolores tell you?’ and then confirm, ‘Well, that’s the answer.’ Most customers quickly learned that I was dependable for accurate answers.”

Over the years, Morrison has seen attitudes change. Now, when speaking to a new customer contact – still usually a man – her ability or insight is not questioned because she is a woman.

A Changing Industry
In what other ways has the industry changed over the course of her career?

“When I graduated from college in 1990, the only drawing experience I had was on a drafting board. Within three years, I had to re-educate myself by taking courses in computer aided drafting (CAD), specifically AutoCAD,” she said. “Starting out (at Competitive Carbide), I used AutoCAD to design tools and create quote prints and manufacturing prints for the shop. At that time, we designed simple boring bars, turning tools and form inserts.”

Over the years, the drawing systems evolved into 3-D CAD/CAM systems and once again, Morrison had to re-educate herself, but this time it was on-the-job learning.

“Now, tools can be designed in 3-D and inserted right into customers’ casting model or fixturing, to see the effectiveness of the design or any clearance issues,” she says. “Our section of the tooling industry has also advanced significantly. Using micro-bore cartridges and PCD tipped tooling, we can design tooling that can not only perform multiple operations but can hold very tight tolerances as well.”

Change is expected, but what about challenges as a woman in engineering?

“Initially, I think, every engineer has the challenge of proving their worth. Early in my career, I noticed that male engineers, some who did not have my education or experience, would have no problem talking to the shop employees and having their advice taken at face value,” said Morrison. “On the other hand, I would have to fully explain myself – often several times – before they listened to me.”

Her solution was to work hard to gain the trust of the men on the shop floor. When she had a design question, she would first discuss it with the other engineers (men), but then would walk out to the shop and ask the men there, who made the tools, their opinions. “Once they saw that I respected and valued their opinions, they did the same for me in return,” she said.

Influences and Advice
How does a woman in engineering cultivate the confidence it takes to succeed?

“The biggest influence on my confidence in becoming an engineer was my father. He was an industrial arts teacher and a master woodworker,” said Morrison. “He encouraged all his children to learn and problem-solve. From a very young age, he would let us to help him with projects. He taught us all how to weld and safely operate metal- and wood-cutting machines.

“Ultimately, my sister and I chose career paths that were, and still are, mainly male-dominated.  While I became an engineer, my sister was a U.S. Navy Firefighter and Welder. His teaching and encouragement allowed both of us to be confident and successful in our chosen careers.”

What about her advice to women thinking of a career in engineering?

“I encourage women seeking careers in any branch of engineering to get as much practical experience as they can,” Morrison advises. “Take classes for CNC machining, welding, or other hands-on learning – they will be invaluable to you in the day-to-day real-world application of engineering.

“Women are natural-born problem solvers. I believe that if we can nurture this ability in girls and young women, and combine it with comprehensive STEM education, women’s contributions to engineering – and other science-based careers – will become the norm, and the world will be better for it.”

About ARCH® Cutting Tools
ARCH Cutting Tools is the recognized world leader in high-performance solid round and indexable cutting tools. With manufacturing facilities located throughout the United States, the company’s engineering and machining facilities are dedicated to the betterment of precision machined parts, products, tools, and related supply chain processes. ARCH Cutting Tools combines the expertise of leading American manufacturing professionals and expanding technologies to serve the medical, aerospace and defense, and industrial markets. archcuttingtools.com 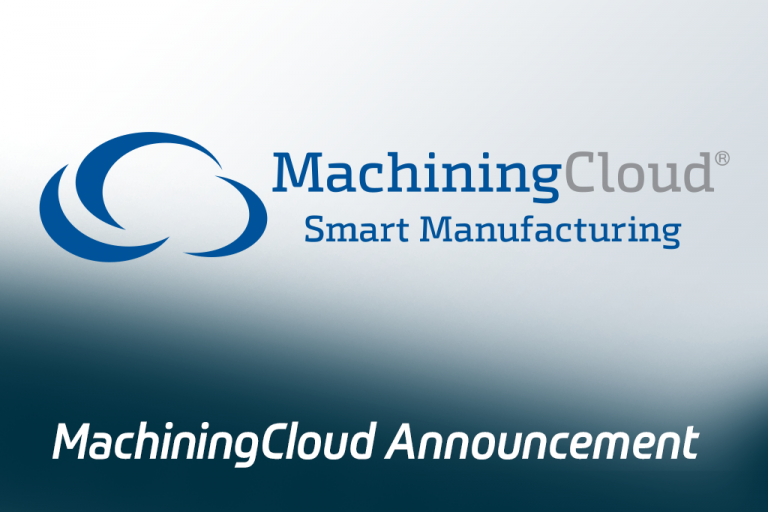 Bloomfield Hills, Mich., May 26 – ARCH® Cutting Tools today announced the availability of the company’s complete portfolio of its trusted KEO® solid round brand and its full indexable portfolio under the Ultra-Dex™ brand through MachiningCloud. MachiningCloud is an independent provider of product data content from the world’s leading suppliers. The organization provides instant access… 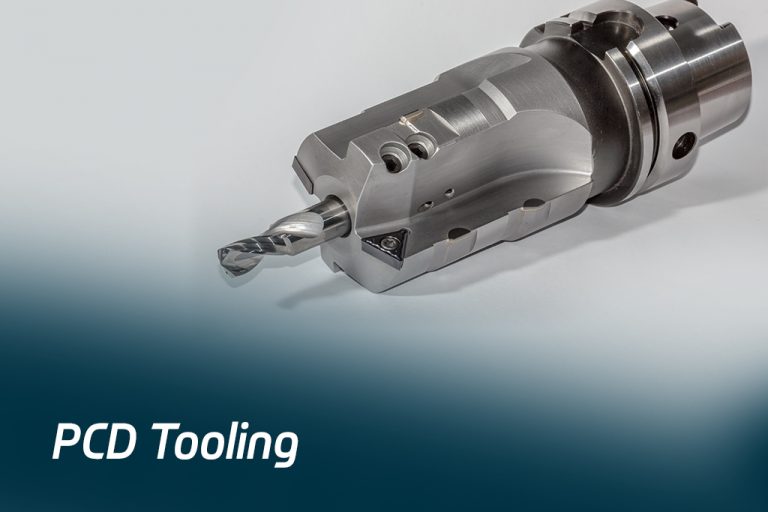 Diamond is the hardest material known to man. It’s also the most resistant to abrasion and that’s what makes diamond, including synthetic diamonds like polycrystalline diamond (PCD), ideal for use in cutting tools. PCD tools are noted for their longer cutting life, their ability to operate at higher cutting speeds, and their exceptional performance processing…

As part of the company’s ongoing commitment to workforce development and building strong communities, ARCH Cutting Tools Dayton (formerly Voisard Tool), in Dayton, Ohio, hosted a group of teachers from the AMBE (Auglaize Mercer Business Education) Alliance on July 16. Shelly Busse, of the AMBE was responsible for coordinating the visit. The AMBE mission is… 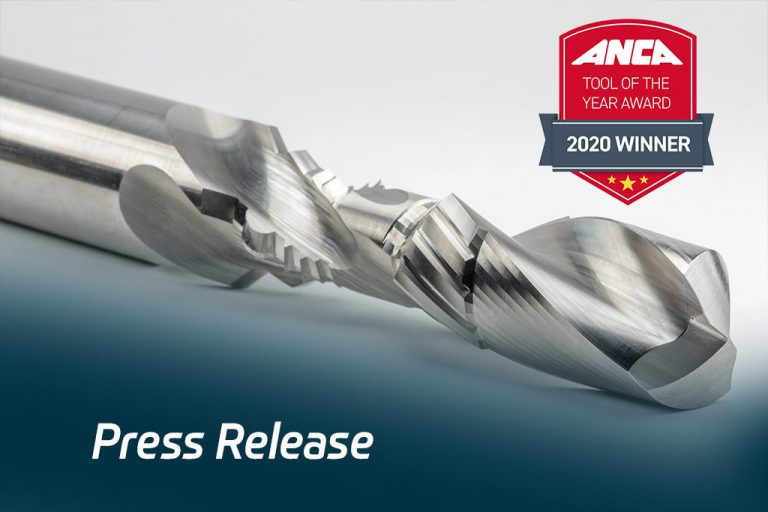 ARCH Cutting Tools is the winner of the ANCA Tool of the Year 2020. The annual competition gives ANCA customers a chance to push the boundaries and showcase their skills, innovation, and creativity globally. ANCA CNC Machines, founded in 1947, is headquartered in Melbourne, Australia and is a leading worldwide manufacturer of CNC grinding machines…. 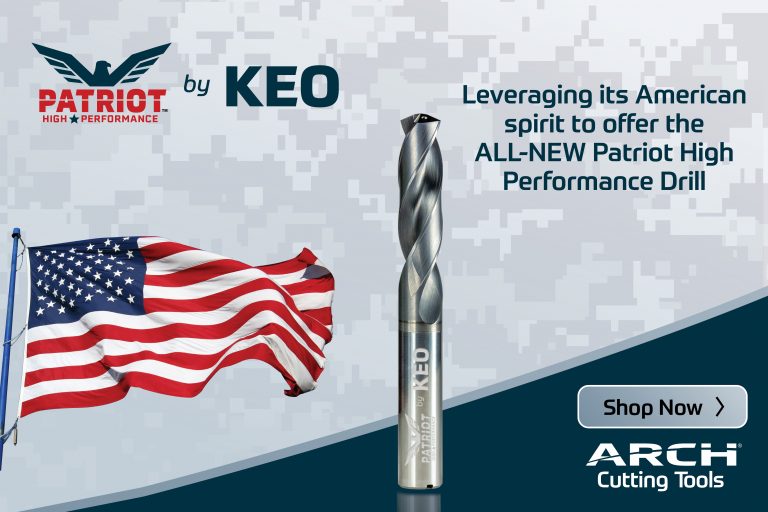 Is it possible to make the leading high-performance drill on the market – one that’s 100 percent American-manufactured as well – even better? Yes. That’s exactly what ARCH® Cutting Tools has done for 2021 with its newly expanded Patriot High Performance™ portfolio. Introduced in 2018, Patriot HP, at that time, was a breakthrough in cutting…

No products in the cart.